I used to bug my fellow bluegrass vanners club member spence about gullwinging the slider on his 77 chevy everytime we got drunk. He finally let me do it and he was very happy with the result. The gullwing looks great but now his engine has taken a shit. He put in a new cam, lifters, and springs in his van about 12 months ago and for some reason ended up with 7 worn out lobes and a really poorly running van after a year. He called lunati and they said tough shit. That's about the time I bought a 68 chevy no door and decided to get a fool injected motor for it. So we've been disassembling some vans and putting some together. After I gullwinged the door he's been much easier to convince to do some cool custom shit. As a result of that tonight I decided to polish his transmission for him. He didn't even mind the fact that I started out by busting out the grinder and removing the casting lines. He's been re-painting the engine and it looks great. I also picked up a bitchin new air compressor last week so I'm really excited about that. Oh and the plan with my old van is to chop it!

the trans before polishing 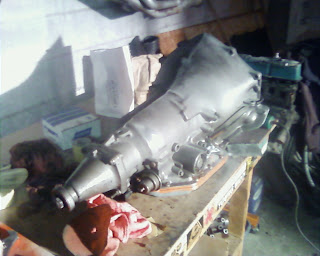 You can see here I ground off the casting lines and it's getting shiny but it needs a lot more work before it looks like chrome. 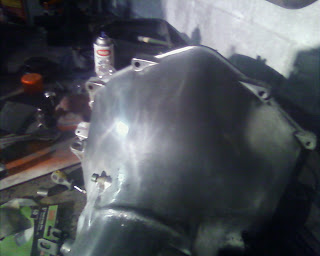 The engine is lookin good. 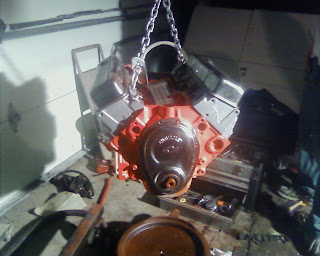 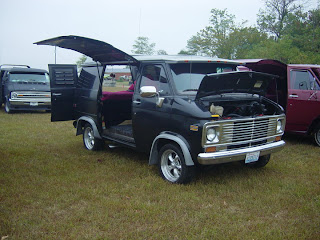 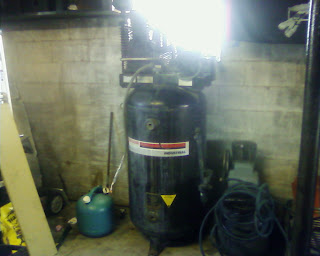 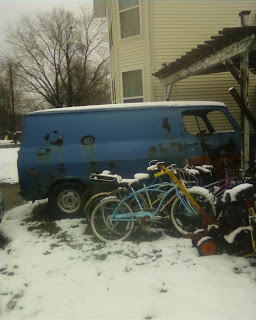