I went to coop's house yesterday to pick up some doors for an early dodge he's working on. He took a long wheel base dodge and shortened it. So now he needs an irregular sized door for the side and I'm going to make it out of fiberglass for him while at the same time making molds for fiberglass early dodge doors. Coop has 3 full custom vans, and 2 in the works. Those two being the early dodge and his new astro. Ok on with the pics. 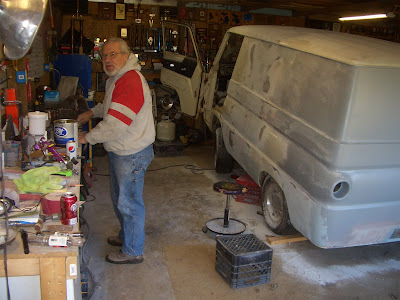 here's the stance the van has with a flipped axle and both of the front spring shackles mounted in the frame. When the engine goes in this should have a nice rake. 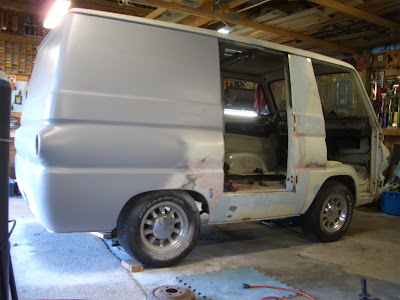 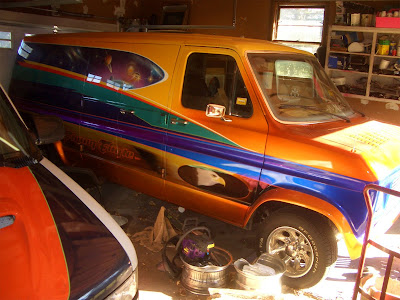 the chopped astro, and the barnstormer behind it. 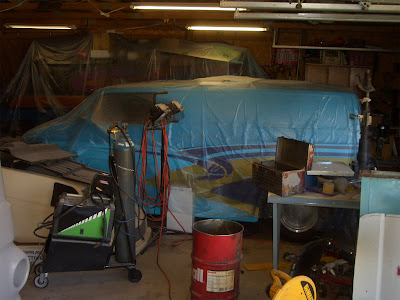 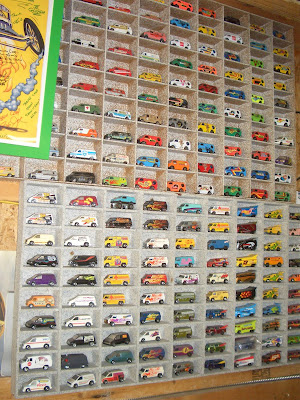 if you're not familiar with coop here is some of his striping and painting on the gas tank of his fink chopper, and he made that gas cap too. 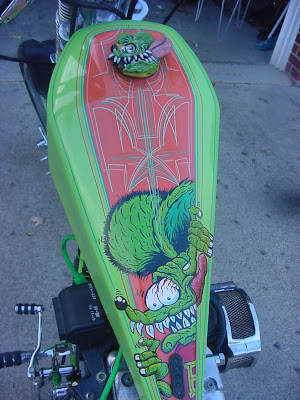 Posted by Matchstick at 7:43 AM

that shorty one was my van.you can see more pics of it from before on www.myspace.com/wolfsburgmotorsports