I went up to columbus to work with coop on a van and ended up following him around that night and the next day on some striping jobs. He repaired some fenders for body shops. The first two cars had been striped by the same guy previously. The original lines were layed by another columbus pinhead going by the handle moffit. He signs his name in one of the lines and puts stars on the sail panel on these dealership type jobs so it was pretty obvious they were the same guy even though the signature on the second car wasn't legible. Oddly enough both cars were silver, and the right front fender. after that he did a jeep. he did this repair with finesse fine line tape to match the chrysler factory stripes which are done the same way. he striped a couple scooters for some ladies the night before as well. they insisted he put flowers on them. haha. 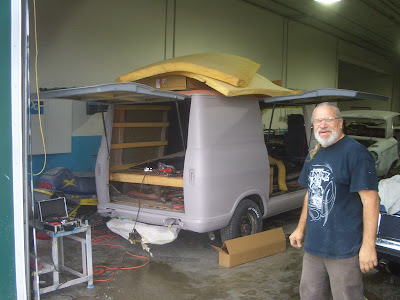 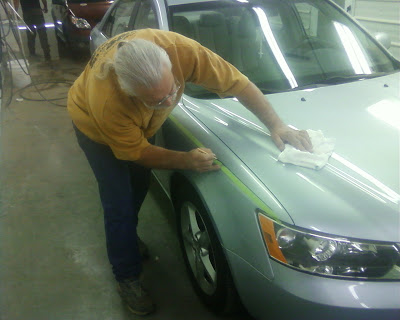 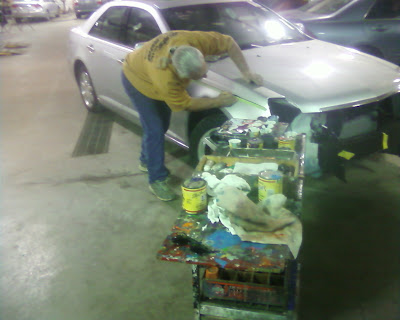 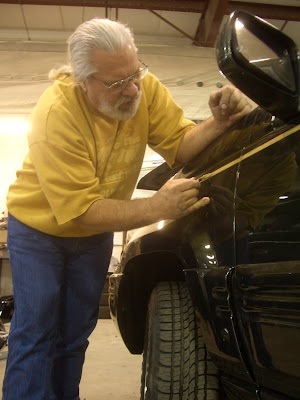 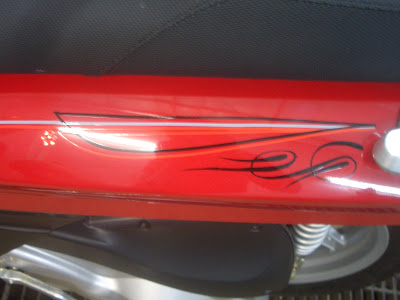 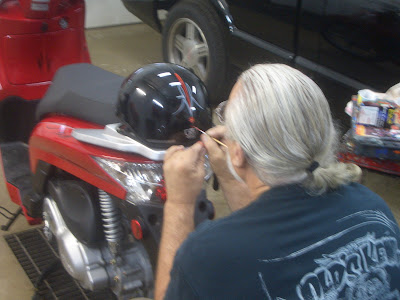 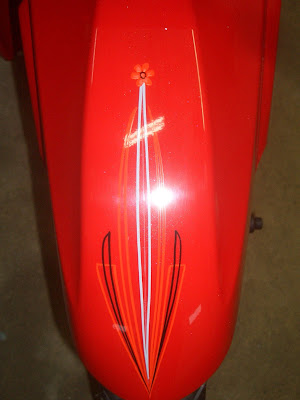 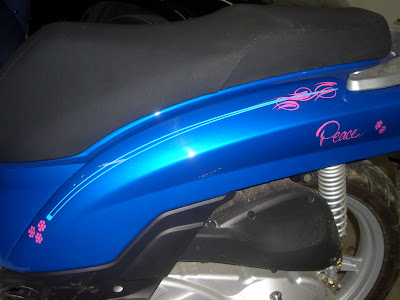 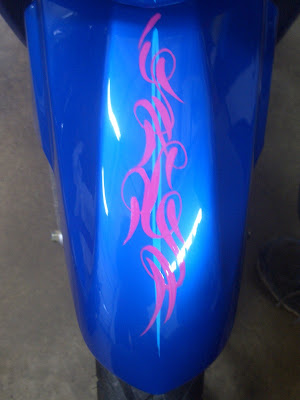 Awesome Dave! It's so cool that you can learn stuff from a master.
Is Tom's Chevy painted yet? Brad

brad the picture at the top is tom's chevy as of yesterday. we had to get the latches installed on the doors. That was a pain in the ass. I'm gonna look in to some different ones to include with doors.

The van looks good with the doors up can't wait to see it in paint and the vinyl top. What's the stuff on top of the van? Hoping to see more pictures soon. Has coop had any luck on finding nos mirrors?

it's just foam on top of the van. I think tom is still searching for the mirrors though. I also think the van looks great with two gullwings.